In today’s world with all of our advancements in science and modern technology, we generally expect to turn on our taps at home and see clean water. However, sometimes you may turn on your taps and see rusty water running! Sometimes, rusty water may occur if your local water authority is doing work on the pipes or has some kind of leak or burst pipe. However, depending on the age of your home’s plumbing system, the rust could be coming from right inside your own plumbing system. Before panicking and calling a plumber, here are some things you can look for.

For help finding the source of rust in your home’s water or for help replacing rusty pipes or a rusty hot water heater, call the professionals at Masterflo Plumbing today at (678) 822-7095!

We're not around right now. But you can send us an email and we'll get back to you, asap.

What To Do If Your Pipes Are FrozenEmergency Plumber 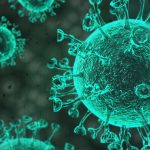